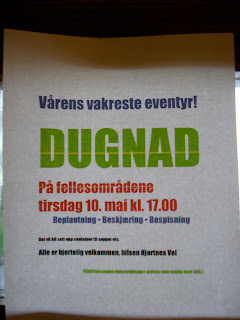 Yesterday, the group of appartment blocks where I live had what’s called a Dugnad.  A Dugnad is a Norwegian tradition, which is not entirely dissimilar to the Irish tradition of ‘Meitheal’. 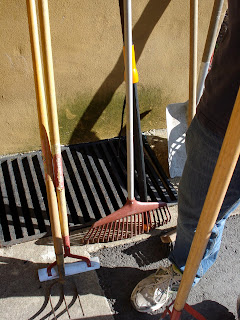 The Dugnad has grown out of an old farming tradition where groups of farmers got together in the olden days to sow seeds, gather the harvest etc.  The idea basically is that the community pitches in to complete a task that cannot be done as quickly or as efficiently by an individual. 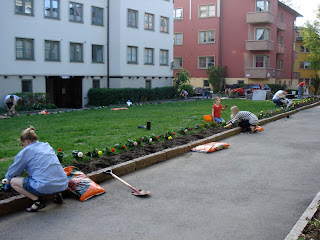 Unlike in Ireland, the tradition here has been adapted to modern city life.  At this time of year, most people are involved in one Dugnad or another – at their appartment blocks, or at their children’s schools or creches. 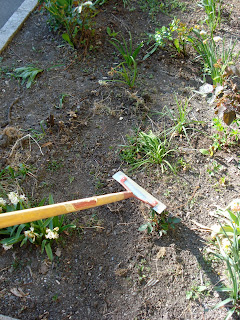 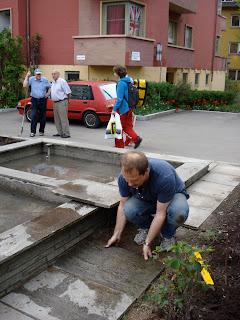 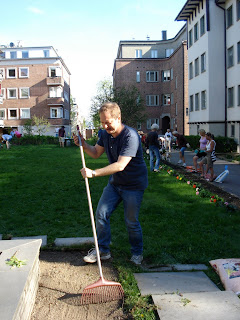 The community gathers together to help spring clean the common areas: plant flowers: kill weeds: and, generally tidy the place up.  In our case, the water feature, which has been turned off all winter (because of the freezing conditions) is also turned back on.  The sound of running water acting as the final official signal that spring has arrived. 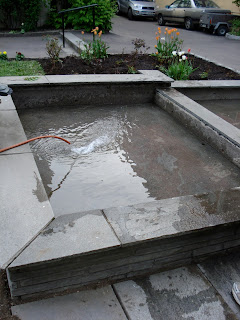 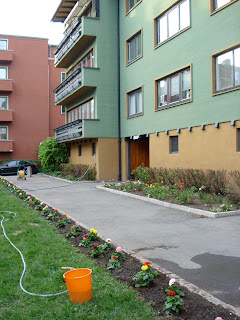 Not only does it help to clean the place up and make it look nice, it’s also an opportunity to get to know your neighbours.  After two hours labour, the workers gather together for a snack and a chat.  In our case, we had norwegian Polse (Hot-dogs) along with buns, muffins, beer, wine and apple schnapps. 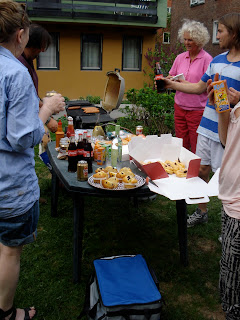